News things to look for in a potential partner

Three things to look for in a potential partner 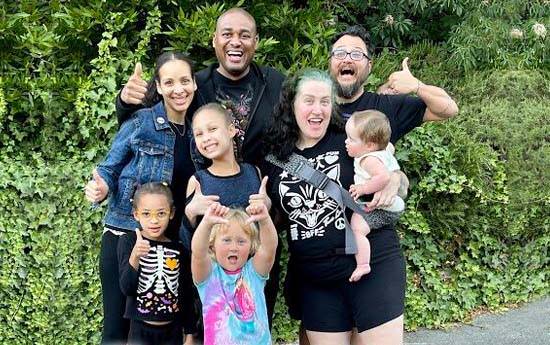 As someone who is in the business of bringing people’s ideas to reality, I get excited by people who have that nearly unquenchable passion for their projects, as those are the types of creatives I’ve learned are among the most successful and best to work with. However, passion alone is not enough to guarantee success. You need someone who believes in the product enough to fight for it but is also willing to listen when you push back, challenging their ideas. Without flexibility or the ability to listen to alternative ideas and criticism, a creator can be their own worst enemy, unconsciously self-sabotaging the product and inadvertently harming your brand — which is why it’s crucial to be selective with whom you partner. To help in this, I’ve outlined three key things to be conscious of when selecting a partner.

1. do they have an engaged audience?

The creator must be engaged with their fans and understand who their fans are and what they want. Followers without engagement do not result in any sort of success. Additionally, you need to be a fan of their work as well because if you don’t like them, you can't authentically root for them and that inauthenticity will show regardless of how hard you try to hide it.

2. Are they able to be vulnerable and flexible?

After the success of our first launch, I wanted to prove that Maestro Media is more than just a one-shot company and immediately jumped at the chance to work on another multi-million dollar project. We signed a deal with a renowned game designer to create his next big game. We were eager to launch the new title. The designer came to us with a completed game and was ready to launch ASAP, however, I had to take a step back and remember to trust the process and let things take the appropriate amount of time they needed.

Rather than immediately launching a campaign for the game, we conducted multiple playtests and consulted with multiple different parties to get their thoughts and opinions. We learned that while the game was an overall great concept, there was still room for improvement. We could have launched the campaign then and there — and would have been successful — however, we knew there was more we could do to make a bigger splash with the launch, so we decided to delay it until we were able to create a better and more polished gameplay experience, much to the delight of the designer himself.

With the designer allowing us to deconstruct his game, provide constructive criticism and feedback, we were able to create something far superior to what he initially imagined and something we can all be proud of. The designer allowed himself to be vulnerable and flexible — a trait far too few creators exhibit, in my opinion.

Rushing to market will almost always lead to failure and you should never release anything until it's ready and you have built enough buzz and manpower behind it. Some projects may take weeks to create, others might take years. Trust the process.

3. Are they willing to trust you and take creative risks?

In a successful partnership, you need to trust each other and have faith that your ideas and actions are aligned. You want someone who can meet your level of passion and enthusiastically believe and follow through with creative risks. You’re not looking for a partner who wants to put all the heavy lifting on your end — you’re looking for someone who will actively work with you and is willing to put themselves out there. You’re looking for more than just a casual tweet or post, you’re looking for creativity. My team and I have found that the secret to success is the wacky, offbeat and “risky” campaigns, creating unforgettable experiences for fans and creators alike.

Additionally, when something goes wrong (and believe me, it will) you need a partner that’s able to lean with the punches and say, “That’s okay, we did that, now let’s learn from it.” It’s never fun to hit a bump in the road, but it’s almost always inevitable. It’s your ability to shift courses and adjust accordingly that makes you successful. When you trust each other, you can make brave choices together and pivot when needed, ultimately resulting in a meaningful, successful and long-lasting partnership.

At the end of the day, who you decide to partner with will determine the reputation of your brand, so you want to ensure you’re partnering with the right individual or IP that you can believe in and that shares your passion, determination and ideas. You’re looking for someone to cheer for, so you might as well work with someone who will cheer with you.

Find the Article From Forbes Here

Keep up with our journey

Sign up to stay on top of our journey, new game development, exclusive offers, limited edition merch, events and more.

Hold on tight and enjoy the ride.

Your are successfully subscribed for email notifications.
✖